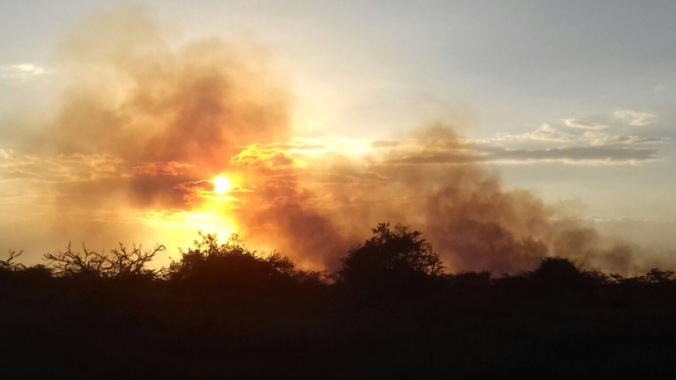 Fire started by Samburu with sheep – left to burn

Just been flying now, probably 10,000 sheep and goats all coming in around the boundary. have cut the fence twice in the last 20 mins

Thousands of sheep and goats on the northern side.

Many cases of fence vandalism and abuse of farm security staff going on.

Cattle still pouring in from the north eastern side of mawe nyeupe -probably up to 4000 odd head now.